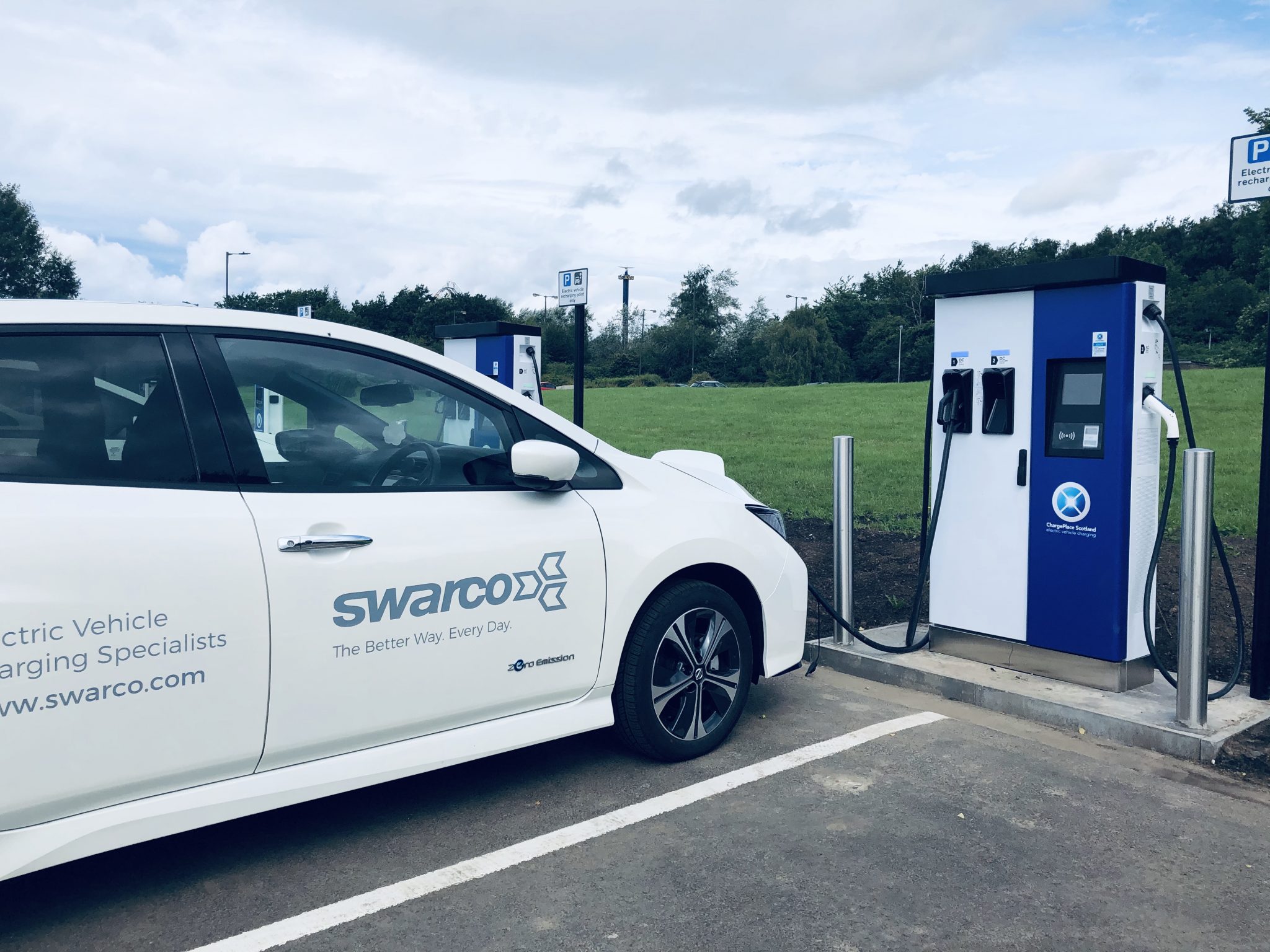 SWARCO eVolt, one of the UK’s leading providers of electric vehicle charging infrastructure, has installed six charging stations at a new Charging Hub at Strathclyde Country Park, just outside of Glasgow, for Project PACE.

It is being facilitated by North and South Lanarkshire Councils which will benefit from Transport Scotland’s £5.3m funding and receive 40 new charging hubs by April 2021, starting with Strathclyde Country Park.

Project PACE is expected to deliver almost 180 new public EV charge points which will join the ChargePlace Scotland network. The charge points will be supplied, installed and maintained by SWARCO eVolt under a framework agreement that was awarded in July.

Justin Meyer, General Manager of SWARCO eVolt, says all those involved with Project PACE and the delivery of this first charging hub should be congratulated: “It is an ambitious initiative delivering an intensive roll-out programme of EV charging points. Project PACE’s concentrated programme in Lanarkshire, which is set to triple the number of public charge points, will offer valuable insight into the positive effects that a robust network of charging hubs can have on EV ownership.”

Justin says that the locations chosen will benefit EV drivers: “From a driver’s perspective, the network of charging hubs will provide multiple charge points at each well-chosen location, including our Rapid chargers. This will provide better access to charging with less waiting time, which in turn radically improves the customer experience and enjoyment of driving an EV.”

SWARCO eVolt stations will be familiar to those already driving an EV, with around 900 publicly available  charge points currently installed on the ChargePlace Scotland network. SWARCO eVolt has also been working directly with South Lanarkshire and North Lanarkshire Councils, and has installed around 45 publicly available charge points through Transport Scotland’s Local Authority Installation Programme.

“We are pleased to be trusted partner for this ambitious programme and able to prove that we can deliver at speed and at scale,” Justin adds.

Scotland’s Cabinet Secretary for Transport, Infrastructure and Connectivity Michael Matheson attended Strathclyde Park to see the opening of new charging hub and said: “I’m pleased to see the first charging hub delivered through Project PACE. The initiative demonstrates how collaboration and a joined-up approach will facilitate Scotland’s green recovery. This is part of our EV Strategic Partnership with Scotland’s electricity distribution network operator companies that is helping understand the vital role they can play in delivering more charging infrastructure in a cost efficient and effective way.

“This is all part of our ambition to phase out the need for new petrol and diesel cars and vans by 2032. We’re investing over £30 million in our ChargePlace Scotland network and I’m encouraged that Scotland already has the highest level of rapid EV charging provision per head of population in comparison to the rest of the UK. We will continue to go from strength to strength through initiatives like Project PACE as we continue to decarbonise our transport system.”

Vicky Kelsall, Chief Operating Officer, SP Energy Networks added: “This project provides an incredible acceleration of electric transport in Lanarkshire to ensure no community is left behind. Our optioneering study identified over 40 community hubs where it will be most effective to install public electric vehicle chargers that offer universal access. The six new chargers in Strathclyde Country Park are just the start as we roll out 180 across North and South Lanarkshire.

“This project demonstrates an innovative delivery model that, if adopted more widely, could help accelerate the transition to net zero and support Scotland and the UK’s green economic recovery.”