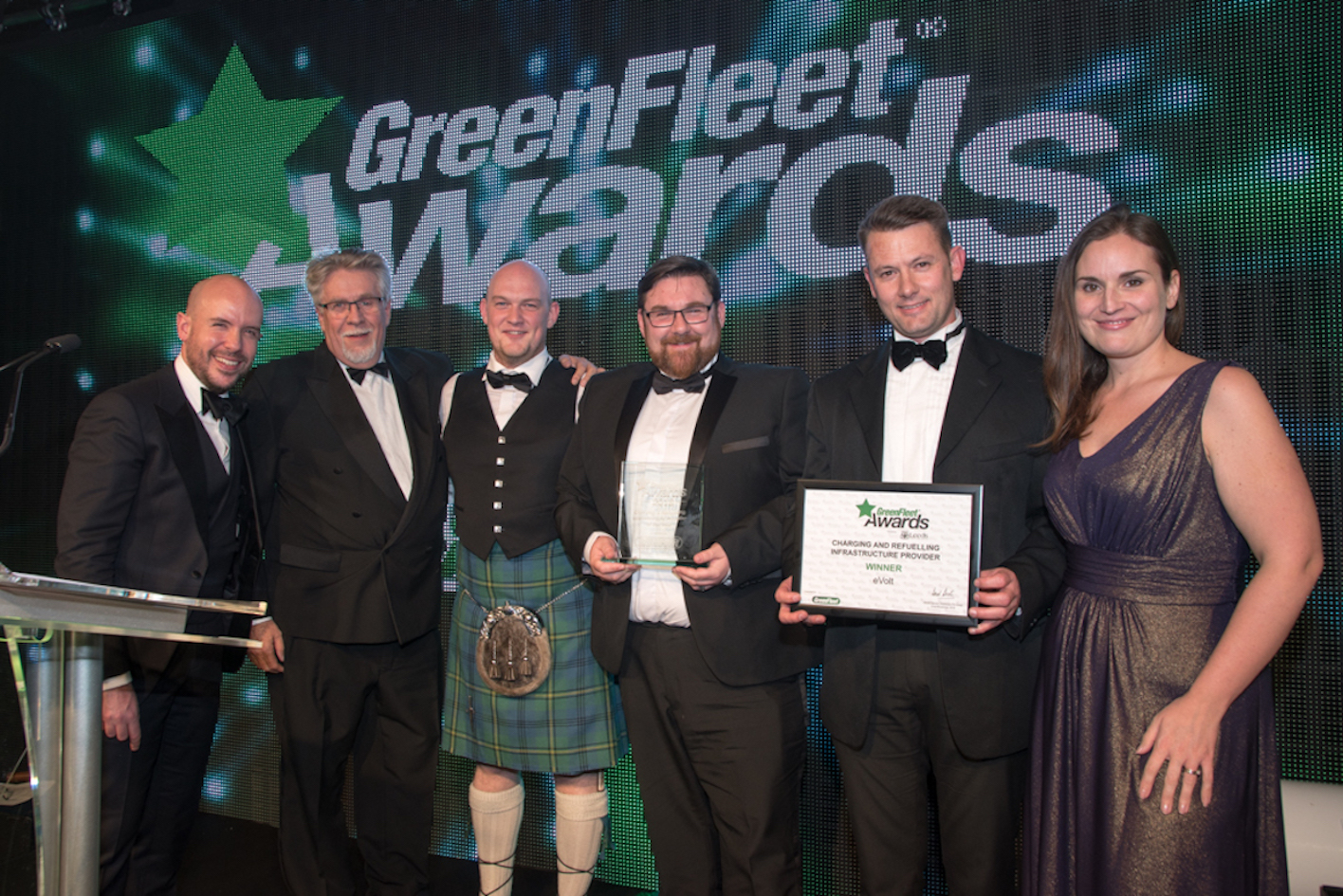 SWARCO eVolt has been named as Charging Refuelling Infrastructure Provider of the Year in the Green Fleet Awards, capping a remarkable 12 months in which the business has continued to dominate the Electrical Vehicle (EV) charging market.

Recognised not only for the reliability of its technology, but also the quality of its service, SWARCO eVolt has to date installed more than 6,250 commercial charge points throughout the country. This is in addition to in excess of 330 Rapid Charging stations to meet the needs of an expanding customer base that includes more than 88 Local Authorities and a large number of private businesses. It has also expanded its presence within the private sector with customers including Royal Mail, Heathrow Airport, Diageo, Scottish Power, Engenie and many more.

It is perhaps for its most recent work in creating one of the UK’s first ever charging point ‘hubs’ in Dundee, however, that SWARCO eVolt has come to the judges’ attention, scooping its first ever GreenFleet Awards title.

Angela Pisanu, editor of GreenFleet magazine, said: “Recent analysis of 50 rapid-charge points over a six-month period demonstrated that their uptime was an impressive 99.85 per cent. This reliability, together with the cost-effectiveness and ease of use of its charge points, made SWARCO eVolt this year’s winner of the Charging & Refuelling Infrastructure Provider of the Year Award.”

Justin Meyer, General Manager at SWARCO eVolt, confirmed it has been a remarkable year: “Winning this award reflects the hard work and commitment of our nationwide team in delivering best-in-class EV charging solutions to our clients. With an exciting number of new innovations and announcements due in 2019, we will not be resting on our laurels.”