SWARCO’s Electric Vehicle Chargers Unveiled for Public Use in Devon 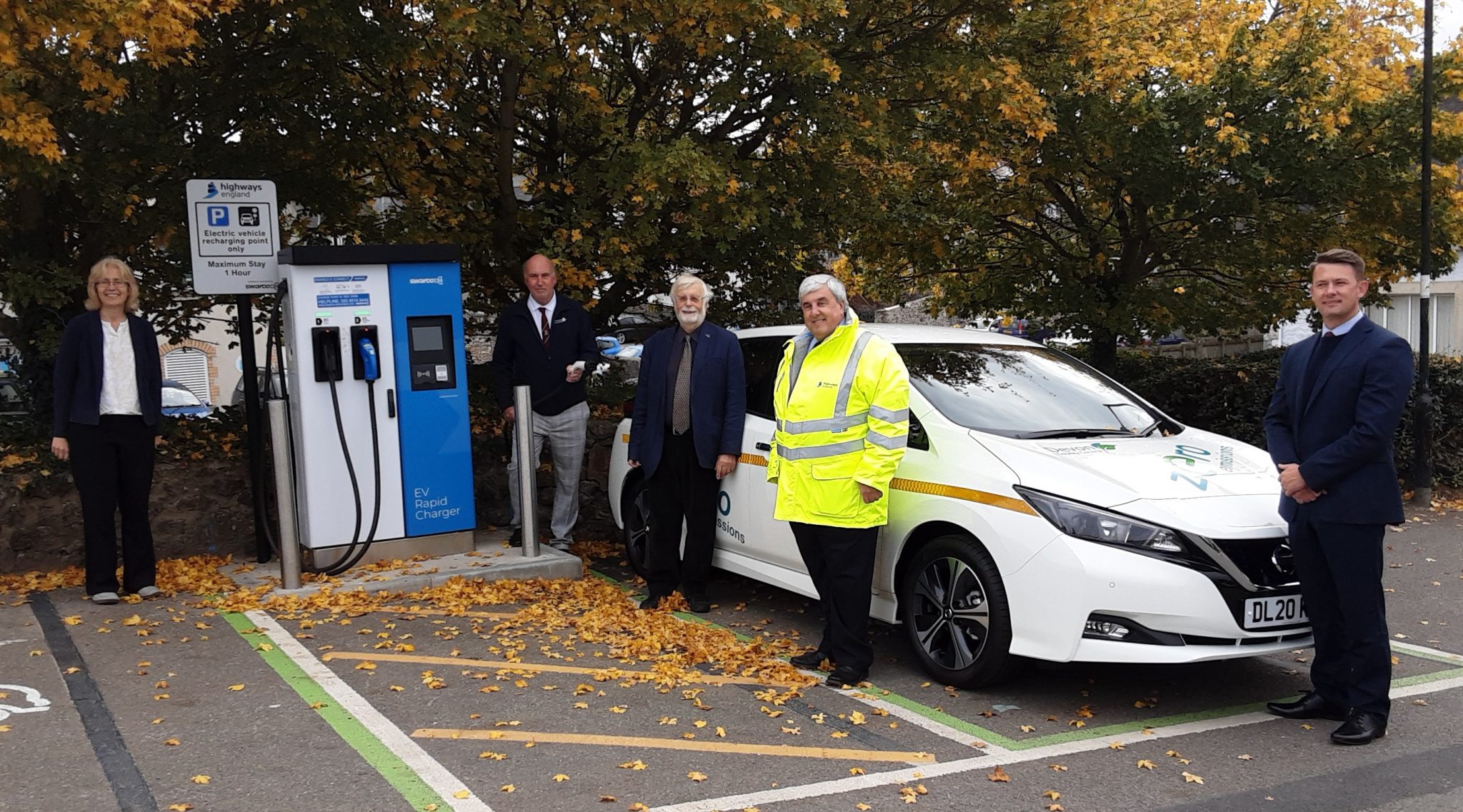 SWARCO continues to grow the number of its ‘rapid’ Electric Vehicle (EV) charge points in the UK with the commissioning of new charge points at three council car parks in South Hams and Teignbridge.

The £175,000 project is a partnership of Devon County Council (DCC) Teignbridge District Council, and South Hams District Council and has been made possible by funding from Highways England.

The ‘rapid’ charge points, which are operated by SWARCO, are among the fastest chargers available in the area – EVs should have an 80 per cent charge within 30 minutes and compatible with all EVs currently on the market.

Justin Meyer, General Manager of SWARCO eVolt is pleased to be involved in this project and providing essential infrastructure to support those driving electric vehicles: “We are pleased to be working with ambitious local authorities who are committed to reducing carbon emissions by promoting EV ownership, and we hope these additional public charge points will providing more places for drivers to top up at key locations.”

This scheme is the latest example of Highways England’s Designated Funding programme assisting local authorities to improve air quality across the country, helping DCC and district councils to work together to deliver EV charging points along the A38 in Devon.

Currently DCC and the district councils are working to deliver the government-funded Deletti project, the first phase of which aims to deliver at least 25 charging points in public car parks across the county from early next year.

And DCC is working with the private sector on the government-funded ‘Street Hubz’ project which aims to deliver at least 100 on-street EV charging points in Exeter from next year.

All three projects are part of local authority efforts to help reduce carbon emissions in Devon.

Councillor Stuart Hughes, Devon County Council’s Cabinet Member for Highways Management, said: “I recognise the difficulty in encouraging more people to use electric cars until there are more charging points and that’s why we are working closely with our district and government partners to deliver charge points in prime locations such as this.

“While the government has committed to banning the sale of all new petrol and diesel cars and vans from 2040, we want more people to start using electric vehicles long before that. Fewer petrol and diesel cars will lead to a reduction in emissions, cleaner air and an improved quality of life for all residents.”

Highways England Project Sponsor Brian Cull said: “We’re pleased to be working with councils across the country to make more provision for drivers making the switch to electric, and over 95% of England’s motorways and major A-roads are now within 20 miles of an electric vehicle charging point.

“The charging points will help drivers of electric vehicles make longer, cleaner journeys and reduce the anxiety of potentially running out of power.

South Hams District Council’s Portfolio Holder for the Environment, Cllr Keith Baldry, said: “It’s really important to us to deliver as many electric vehicle charging points across the District as quickly as we can. The charging points in Ivybridge are a good starting point towards us reducing our carbon footprint. They are perfect for the town but also for travellers on the nearby A38 corridor. We are committed to our Climate Change and Biodiversity Plan and have already started to change over some of our fleet to electric vehicles.”

Councillor Jackie Hook, Teignbridge District Council’s Executive Member for Climate Change, said: “These two EV charging sites in Teignbridge mark a major milestone in our commitment to move to a more sustainable mode of transport, and we’re grateful to our partners at Devon County Council and Highways England for their contribution to this. Use of electric vehicles will be part of the solution to a cleaner, greener and more sustainable future, alongside increased use of cycling and walking, and better public transport links. We want to promote the use of all these modes of transport through improved facilities and increased safety, to give our residents more ways to reduce their carbon footprint.”